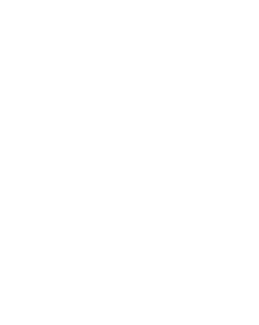 © Roman Novitzky
People
Katharina Schlipf studied stage and costume design with Martin Zehetgruber and Werner Pick at the Staatliche Akademie der Bildenden Künste Stuttgart.A regular collaboration has linked Katharina Schlipf with the choreographer Demis Volpi since 2010: she was responsible for the stage and costumes for, among others. She has been responsible for the stage and costumes for Carnival of the Animals at the John Cranko School in Stuttgart, Caprices at the Staatstheater Karlsruhe, Little Monsters - premiered as part of the Erik Bruhn Prize 2011 in Canada -, Private Light for the American Ballet Theatre in New York, The Nutcracker at the Royal Ballet Flanders and Jommelli's Fetonte - Volpi's first opera production - at the Winter Festival in Schwetzingen. Katharina Schlipf and Demis Volpi's artistic partnership is closely linked to the Staatstheater Stuttgart, where the two have worked together since 2010 on the productions Aftermath, Stravinsky's The Soldier's Tale, the story ballets Salome after Oscar Wilde and Krabat after Otfried Preußler, and most recently Britten's Death in Venice - a co-production of the Stuttgart Opera and Stuttgart Ballet that was nominated for Best New Production of 2017 at the International Opera Awards. Katharina Schlipf first worked with director Lydia Steier in 2011, when she designed the set for Handel's Saul at the Oldenburg State Theatre. In the context of further joint productions, she designed the sets for Franz von Suppé's operetta Fatinitza at the Staatstheater Mainz, Ariadne auf Naxos at the Konzert Theater Bern, Albert Herring in Oldenburg and Giulio Cesare at the Komische Oper Berlin, The Rake's progress at the Theater Basel, Die Zauberflöte for the Salzburg Festival and the costumes for The Fairy Queen at the Theater Regensburg, among others. In the 2021/2022 season, she is responsible for the sets for Demis Volpi's The Nutcracker and the costumes for Closed Games.